Hannibal’s first public art sculpture was installed today, in a partnership with the Hannibal Arts Council and Hannibal Parks & Recreation as part of the Sculpture on the Move program.

The sculpture, called “Metal Splash” was mounted on a base in front of the Hannibal Aquatic Center, 1700 Pleasant St.

The artist, Jessie Cargas, drove the 6.5-feet tall steel structure to Hannibal in her pickup truck, with her dog Eli at her side. She said the sculpture took her several months to construct and she was happy to find it a home that has vehicular and foot traffic around for viewing. “It’s exciting to be a part of this art program in Hannibal,” she said.

Cargas is a former math and science teacher from Rosebud, Mo., who now is a working metal sculpture artist who also substitute teaches.

The process from idea to finished sculpture starts with a sketch with paper and pencil and then with computer-aided drafting software. She sends her computer drawings to a metal fabricating company who cut the metal pieces. Once she has the pieces cut; she cleans, grinds and sands the pieces before starting to roll, bend or weld them together.

Cargas uses three pieces of equipment to create her sculptures — a welding machine, sandblaster and an industrial-age slip roller.

Gaines, said, “The Hannibal Arts Council is proud to help bring public sculpture to Hannibal for the first time. We think it is very cool! We’re especially proud that we were able to select three Missouri artists, including a female sculptress and two sculptures from Nick Willett, who is originally from Hannibal.”

Gaines noted that throughout the years HAC has been involved in other public art projects like the mural partnership with the Rotary Club of Hannibal and the Traffic Box Art Project in partnership with Hannibal Board of Public Works and the Hannibal Area Chamber of Commerce and Art @ City Hall exhibit in the Collector’s Office, but this is the first time for art sculptures.

The Hannibal Arts Council joined The Creative Communities Alliance in order to be among 20 total communities eligible to participate in the program and choose among more than 150 sculptures. The works are original pieces by regional and national artists.

Three more sculpture will be installed in Hannibal this summer: one at the Hannibal Arts Council, one at Nipper Park at the riverfront and another one at a location to be determined. 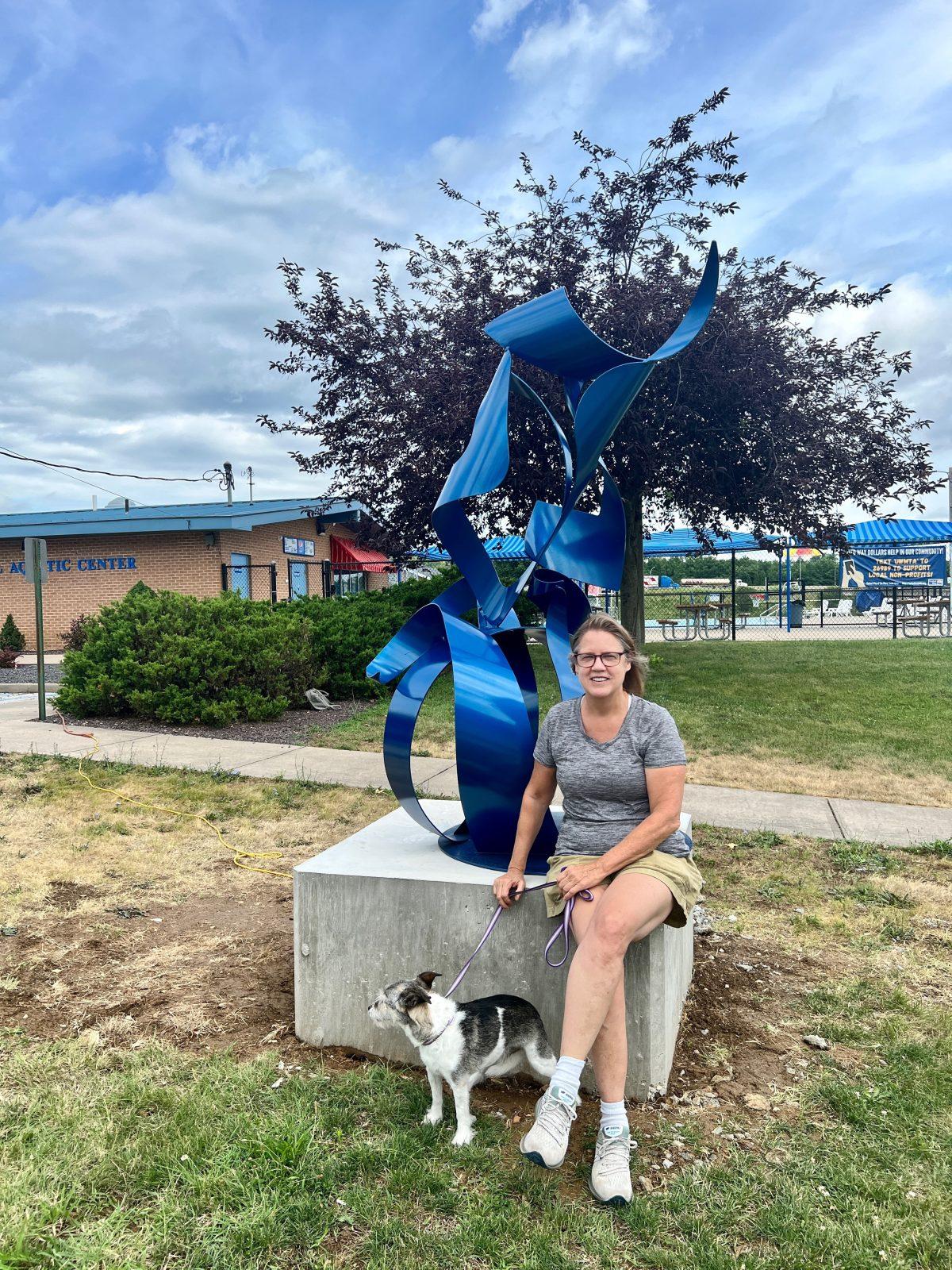